This post is part of a three-part* series. In this post, I look at price movements for 3 recently listed assets that raised private capital and were listed this year. From that, I try to extrapolate potential reasons why these assets experienced the exhibited price movement. In part II, I plan to talk about some regulatory history, and dig into some of the data the SEC and FINRA has made available. In part III, I will talk about potential paths forward, along with if and how we can knock out a bird that the SEC wants taken care of (harmonizing access to markets) with some of the conventions we currently see in crypto.

From 2016–2018, hundreds of ICOs raised billions in notional value in ICOs.

Per the tweet below, Blockstack did a Reg A+ offering in 2019, and the token’s current price is down from the Reg A+ offering. While the Reg A+ offering has some stipulations (can’t be traded on non-ATS/securities exchanges, potential lock-up periods, etc), non-US persons who hold tokens are not affected by those factors, and they can sell. This price action is not dissimilar to other tokens (Algorand, Hashgraph), who collectively raised hundreds of millions to be the next big blockchain.

To find out why assets move in price, people use ways to value equity and debt. 3 popular methods that people use to value assets are:

There are a number of reasons why STX, ALGO, and HBAR prices moved the way that they did, and I think the most important one is what a really smart trader once told me:

When there are more sellers than buyers, number go down, and vice versa.

I think that there are more sellers because the value proposition (and from that, the memes that flow) are not yet as well-defined as BTC. Bitcoin has always been discussed as a non-sovereign currency, which makes price movement related to nation-states’ implicit acceptance or disapproval of Bitcoin or digital permissionless assets.

Conversely, when you look at the value propositions of these tokens primarily backed by VC firms (“VC Coins”), they all seem to compete with Ethereum from a fundamental standpoint. Orthogonally, the broader cryptoasset class usually moves in lockstep with BTC. This can be attributed to factors like the acceptance of Bitcoin being related to acceptance of tokens, the lack of a distinct value proposition (or distinct difference in regulatory treatment that , as well as the fact that the majority of liquid altcoin pairs are against BTC. This means that when BTC moves up or down against USD, a given token’s price against USD will likely follow suit (as the math is ALT/BTC * BTC/USD = ALT/USD).

With that said, there are few fundamentals for cryptocurrencies (OnchainFX charts a number of them), but not many that work for non-equity native tokens for pre-utility networks.

Additionally, the retail US market for cryptoassets is very important, as American retail appears to amplify price movement. According to the Bureau of Economic Analysis, in Q3 of 2019 American personal savings totalled over $1.3 trillion. Based on a Gallup report, 55% of Americans own stocks. With apps like Robinhood and SoFi facilitating retail investment (you can even buy a fraction of a share with Schwab), and with apps like Coinbase letting you learn and earn, then buy crypto, American retail can be quickly onboarded as investors into this asset class. While there have been reports of banks clamping down on crypto purchases (probably for compliance/chargeback risk reasons), Americans on average have a lot of discretionary income (while not precise, one could take the 1.3 trillion and divide it by the US population, you get ~$4500 per capita) to buy alternative assets like cryptoassets. While this isn’t as strong a signal as, say, China’s stance on Bitcoin vs. blockchain, it’s still valuable.

As of 2018, the US represents 40% of both equity market cap and bond market outstanding, and the rules that dictate those markets are often replicated across the world. US capital markets regulators finding creative solutions to managing the risks that cryptoassets may pose to investor protection would then suggest that other jurisdictions would follow suit. Increased regulatory clarity could lead to more crypto-native exchanges allowing US retail to trade more assets available worldwide. Since these tokens are for networks ultimately focused on building consumer-facing applications (if it’s a B2B network, and you have enough information to easily sue the other participants, it doesn’t make the most sense to use a blockchain), I predict that this would motivate retail persons to use the applications they’ve bought into (“skin in the game”, “dogfooding”, etc). Increased retail use would lead to institutional investors determining ways to value the network based on bespoke, tweaked, or traditional valuation methods, and trade based on retail use. Moreover, a number of capital markets (EU’s MiFIID II, HK’s SFC, ) regulate instruments in ways similar to that of the US. So if the US markets find a way to allow this asset class to grow, it’s likely that others will follow suit in order to foster innovation.

Who Can Fix This?

Without pointing at a primary cause/solution, I would argue that operational clarity for nascent crypto-native projects will allow teams to focus less on regulatory uncertainty, and more on value creation and their paradigm-shifting vision. One way to provide this operational clarity is for a token to have a well-defined market.

Before the “bull market of 2017”, there were not very many markets for cryptocurrencies or tokens. In 2013, Bittrex was founded, and 2014 saw the creation of Poloniex; these two markets were two of the most popular marketplaces for trading altcoins (coins that aren’t Bitcoin). From that, I would argue that 2017 would not have happened without the existence of Ethereum, the ease with which entrepreneurs could create new networks while anchoring network security to Ethereum, and marketplaces like Poloniex being able to quickly list them.

Companies like Coinbase, Coinlist, Republic, Sharespost, and SeedInvest** are interestingly poised to serve as a short- to mid-term access product for primary and secondary access to ICO tokens, as they all have broker dealers (or partner with one, in the case of Republic). A crypto company with an exchange or listings product and a broker dealer would be equipped to offer tokens that could be deemed investment contract securities to US retail. Assuming that cross-borders securities concerns are resolved from an operational standpoint, and regulators are comfortable with businesses’ responses, I’m sure that we will see more ATSes (Alternative Trading Systems) in the US.

According to the SEC:

“Regulation ATS establishes a regulatory framework for “alternative trading systems” (“ATSs”). An ATS is a trading system that meets the definition of “exchange” under federal securities laws but is not required to register as a national securities exchange if the ATS operates under the exemption provided under Exchange Act Rule 3a1–1(a). To operate under this exemption, an ATS must comply with the requirements set forth in Rules 300–303 of Regulation ATS.

An ATS is an entity that isn’t a National Securities Exchange (think NYSE or NASDAQ) that the SEC will allow to run a marketplace for securities. Ideally, I predict that the most ideal ATS for the US would resemble Binance Launchpad/Labs, offering the following:

What are the Barriers?

In no particular order:

It’s a high standard to meet, but the first few to market with a solid pipeline of valuable projects would have the opportunity to revive the token market in the US. While it appears that the lack of fundamentals lead to market immaturity, and that market immaturity promotes speculative price movement, a token needs a market.

Thanks to Carla C., Tyler, Dan R, and everyone else who proofread this!

* Prices pulled from CMC on November 21, 2019.
** As of the time of writing, the author is an employee of an affiliate of this company.

A cursory reading of Commissioner Peirce's updated proposal, providing regulatory clarity for tokens. If approved, token teams looking to have US persons participate in their networks could be allowed to.

Since Bitcoin represents a form self-sovereign money, I believe that NFTs can and will represent a self-sovereign data store; from that, we could see a valuable method for end-user data custody. 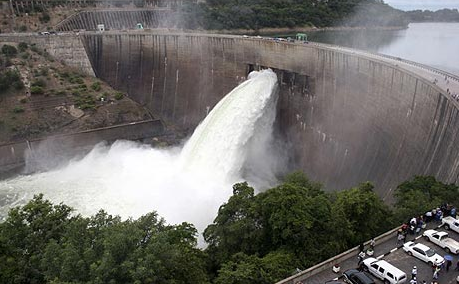